From Solid Rocket Boosters to Drupal 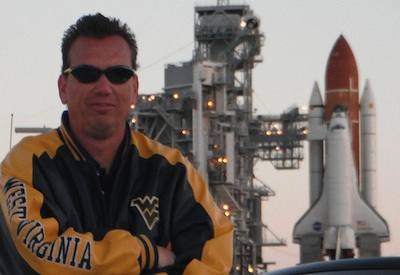 3.. 2.. 1.. and lift-off of a new career!!! Here I go off to explore a new world that just 6 months ago I’d never even heard of! The strange blue teardrop world of Drupal!

For the past 20 years, I have been blessed to work my dream job as an engineer in the Space Shuttle Program, what a ride! The retirement of the shuttles meant a new direction in my life, and since there’s not a huge demand for rocket scientists these days, it meant seeking some new doors to open up and see what’s out there.

I happened upon a chance to enroll in a 10-week web development course called DrupalEasy Career Starter Program, so I dove right in not having any computer background, but realizing the web is the future! I successfully completed the class and am now starting an internship and an introduction into the community of Drupal. With all the helpful support in Drupal, it’s not a program you learn - it’s a universe of mutual relationships you join... so here’s my first step towards growing in the community.

Being a visual brained kinda guy, one of the most valuable things I’ve learned is it’s easier to learn a module if I just load it, enable it and see what it’ll do. So it became obvious that I wanted to make quick, disposable sites for testing and I didn’t want to spend a long time generating the site. I’m using the VirtualBox/Quickstart environment so from& Getting started with quickstart I found that from a command line prompt, I could create a site using a Drush make file with one simple command line:

My make file includes about a dozen modules that I commonly use in most start-up sites, including admin_menu, module_filter and devel to name a few. For more info on building a make file check out http://drupal.org/node/1476014 . These simple steps get me up and running with a clean site for testing in just a couple minutes. Without the time investment of setting up a site, trying out a new module becomes very easy and eliminates the risk of harming any other site.

Note from Mike: Doug Hercules is a graduate of the 2012 DrupalEasy Career Starter Program. He is interning with DrupalEasy for the next few months and is currently working on the redesign of DrupalEasy.com on Drupal 7. You can follow Doug on Twitter at dhercjr.

Congratulations! This is great stuff! Hope to see you at some in person Drupal events soon!