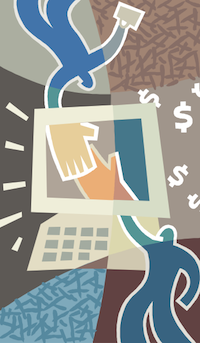 The workshop portion of the Drupal Career Starter Program wrapped up in mid-December, just in time for participants to catch their breath and enjoy the holidays before embarking on the second phase of the DCSP. 15 of the 18 students are currently beginning internships with organizations around the United States in an effort to further their education and training to the point where they can begin careers in Drupal.

Anello Consulting (parent company of DrupalEasy) conceived, designed, and implemented the DCSP as a way to help Brevard County, Florida (home of NASA's Kennedy Space Center) retain some of the over 7,000 skilled workers who lost their jobs as part of the retirement of the Space Shuttle program. Brevard Workforce funded the program and has been a fantastic supporter and champion of it.

"Well paying jobs are available now, and growing fast in areas of ICT that may not be familiar to the general population, nor have formal certifications," said Lisa Rice, president of Brevard Workforce. "The data on the growth of Drupal, and the tremendous opportunity for those people who learn the software and gain experience convinced us we have to step outside the box a bit so we can offer our workforce, fast turnaround programs that provide well-paying options quickly" (See the complete Brevard Workforce news release).

The inagural session of the DCSP began with a rigorous application process to identify qualified individuals. Selected participants then underwent 10 weeks (70 hours) of classroom training in Cocoa Village, Florida during the fall of 2011. The training included a strong foundation on the basic building blocks of Drupal, the use of commonly-used contributed modules, writing custom modules, and creating custom themes. Participation in the Drupal community was also encouraged (and assigned!) in the form of participating in various issues queues and contributing to documentation.

At the conclusion of the classroom training, qualified students were placed in internships with various organizations around the United States. Each internship entails about 300 hours of on-the-job training with interns working both on-site and telecommuting, depending on the location and needs of the employer. The DCSP is the first of its kind multi-week program to provide participants with everything they need to change careers into the opportunity-rich field of Drupal.

The vast majority of the internships were provided at no cost to the employers through "Adult Work Experience," which is a workforce-paid on the job training program.

At the conclusion of the workshop portion of the program, the partipants were surveyed to determine the quality of the instruction. Of the 18 responses:

As this was the first time any of us had participated in this type of program, we all went into it with an open mind and the knowledge that it would be a learning process.

We learned that our application process needs to be further refined to not only find and identify potential participants with the necessary technical background, but also with an "entreprenureal spirit". While there are many fulltime Drupal jobs availble around the world, there are a limited amount in our local area, so potential participants must be comfortable with (or willing to learn) telecommuting, contract work, consulting work, networking, business relationships and anything else that goes along with being in business for yourself.

In addition, as a career in Drupal can be a very independent pathway, often requiring commitment, determination and self-discipline through contracting and consulting work, it is not for everyone. A requisite, or strongly encouraged entrepreneur course for participants would alleviate the lack of knowledge and trepidation regarding becoming a contractor or starting a business.

Participants were required to provide their own laptop to use during the course and were encouraged to utilize the most recent versions of their operating systems. We encountered numerous delays during the workshops due to older versions of Windows not being fully "cooperative" with software we were using (17 of our 18 our participants were on Windows-based machines).

Conclusions and the Future

The DCSP has been an unqualified success to this point. The real yardstick of success will come out in several months, at which point we'll resurvey the participants to see how many have transitioned into a Drupal-related career. We've submitted a proposal for a second session, and are looking forward to introducing the career opportunities in Drupal to 20 more participants.