Necessity is the Mother of Mastering Drupal 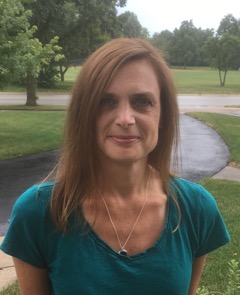 A lack of off-the-shelf eCommerce software products that could meet the unique needs of her family’s biotech manufacturing company was a real issue for Lisa Streeter. “We’re not a big enough company to afford large, custom database solutions, so we needed to figure out how to do everything in-house,” she explains. (Lisa’s work responsibilities included everything computer-related, and “some other stuff.”) That’s how it started, but instead of just a solution, Lisa Streeter wound up with a whole new, fulfilling career.

Her initial quest for a database solution quickly began to grow her fascination in web development (primarily eCommerce,) and lessen her interest in the family business. “I like the idea that in web development, you’re actually building something, architecting information rather than just analyzing it,” she explains. She fine-tuned her focus, and after discovering Drupal, began to seek an effective way to become proficient.

“I don’t remember exactly how I first learned about Drupal Career Online. I didn’t know anybody who did anything with Drupal, so in the beginning I was just trying to figure out how I could learn Drupal," she explained. She tried some self-teaching methods, but those were not providing her a clear and effective path forward. DrupalEasy was regularly popping up in Google searches and referenced on sites like Drupal.org. “Early on it made my short list of potential “good places to learn Drupal” and then it was just a matter of finding the right time,” she recalls.

It turned out the time was the Fall 2017 session, and according to Lisa, that’s when her interest took a fast track, “I started really getting Drupal. It was a transformative experience.” She dove into the curriculum, participated in class, and DrupalEasy matched her with Matt Glaman from Commerce Guys as her mentor.  From there, her path became clear and direct. “DCO was just the right level of time commitment and intensity for me. It demanded enough of my time and effort to really accelerate the pace of my Drupal learning,” she explained. “At the same time, while I needed to give the class my full attention, it didn’t completely take over my life like going back to school full time would have,” she added.

Lisa has far exceeded our expectations as a developer hired with no previous Drupal experience. The discipline and experience she developed as a PHP developer transferred directly to Drupal development under the tutelage of DrupalEasy, and she's already making a huge impact in our team and community.

The online, live instruction by an expert in Drupal and training was a great fit for Lisa. “Mike is an exceptional teacher who helped me really “get” what Drupal is all about, how to do things and think about solving problems in the “Drupal way.” This was something I wasn’t able to learn on my own from books, screencasts, or trial-and-error,” she recalled.  She also appreciates the small class size and Mike’s personal commitment to everyone enrolled. She explained, his “personal interest in getting to know every student individually made the class seem tailor-made for me, even as I could see that it was also meeting the needs of my classmates in different ways,” she continued.

Mike Anello, (@ultimike) has been a part of the Drupal project for more than 12 years, and developed and has been delivering Drupal career training since 2011 via live in-person and online sessions and contracted programs with organizations needing to train their development teams in Drupal. His curriculum has become the model for the development of several other long-form training programs. He keeps alumni connected and engaged in learning through the DrupalEasy learning community, which evolved from his weekly online office lab hours. According to Lisa, “When you take the DCO course, you definitely feel like Mike is personally invested in the success of each and every student.”

With her interest in eCommerce in mind, Mike connected her with mentor Matt Glaman, a Drupal project maintainer and one of the Commerce Guys.  “For me, this resulted in a perfectly matched mentor, one who challenged me to tackle harder problems than I would have thought possible,” she said.  Matt recognized Lisa’s passion and talent, shared his insights with Commerce Guys partner Ryan Szrama, and then according to Lisa, “It all happened pretty quickly! “ The DCO ended just before Christmas, and she was offered a position on January 16th.

This fast track is a result of Lisa’s passion and Commerce Guys confidence in her abilities and training. She explained, “Ryan decided that he’d rather not hire me as a “Junior Developer”, even though there was an expectation that I’d be learning and working to improve my Drupal skills. Instead, I was hired as a “Drupal Developer,” with the understanding that I’d take responsibility for my own progress.”  It appears she has done just that, since in addition to serving as a developer, she recently was given the opportunity to be “Documentation Lead” (in addition to continuing dev work.)

Six months into her new career, Lisa is clearly fulfilled.  She recounts, “Before I started at Commerce Guys, I was worried about whether I could really handle a real, professional job (working for someone other than my family) while also being a stay-at-home mom.  But Commerce Guys has been a perfect fit in that respect. Many of my coworkers also have young children - everybody at Commerce Guys has been very gracious and understanding about my time.”

Commerce Guys is equally thrilled with Lisa. According to Ryan, "Lisa has far exceeded our expectations as a developer hired with no previous Drupal experience. The discipline and experience she developed as a PHP developer transferred directly to Drupal development under the tutelage of DrupalEasy, and she's already making a huge impact in our team and community."  Commerce Guys is still in hiring mode, looking for "...people who align with our company's core values and core focus. We value making an impact, taking initiative, and serving our customers with integrity. We focus on solving hard problems (our passion) within the eCommerce space (our niche,)" Ryan added.

In addition to her documentation responsibilities, Lisa is currently doing site building, writing custom code and site administration. She also works on Drupal Commerce and related contrib module issues. “I write patches, including automated test code. Someone from the team reviews my code and gives me helpful feedback, which is also a really great way to learn and improve my coding skills, with the bonus that I’m directly contributing to the Drupal community,” she explains.

“The best part about my new career is that I have a “career.” For years, I’ve had an ambiguously defined job at my family’s company. I didn’t report to anybody, and nobody reported to me; I just “fixed” lots of random problems...I had to invent my own job title. So being able to say now that, “I’m a web developer” is pretty awesome!

She also loves being part of a team, she explains “After so many years of working independently, it’s great to have job that involves a lot of collaboration, especially when the people I work with are so talented. And being part of the Commerce Guys, an organization that strives to make an impact with the software it creates, I have a sense of greater purpose.”

Even with all of her success, she highlights that she is still learning.  “In DCO, Mike talked about how he’s continually working to improve his own skills and how that’s something you need to enjoy doing to succeed as a web developer. I’m finding that to certainly be true for me. It’s just a really good feeling to be able to look back a month or 6 months and see how much I’ve learned and improved since then,” she explains.

The next session of Drupal Career Online starts September 3. Learn more at an upcoming Taste of Drupal free mini webinar, and check out our career resources for information on web developer and Drupal-specific careers.

My experience with drupal is…

My experience with drupal is nearly identical to Lisa's. I work for my parents small business, and we too were searching for a viable database solution, which led me to Drupal. My degree is in Geology, so I used the many resources online to teach myself how to program and learn the Drupal ecosystem. I quickly grew a passion for Drupal. I often contemplate whether I would enjoy working on Drupal full time. I remember talking to Lisa on the DC slack channel a while ago about how we both work for a family business. It's cool to hear that Lisa was able to step away from the family business to pursue her interests! Maybe one day I will take the leap.

Congratulations! I‘m curious what her prior programming and php knowledge was?

Hi Benedikt, Thank you!! I…

Thank you!! I have a degree in computer science and have taught introductory programming classes, so I generally pick up new languages fairly easily. I learned (taught myself) php about 12 years ago. For the DrupalEasy course, though, you really don't need a strong background in programming/php. Module development is just one part of the class. For students who have no interest in becoming developers, it's just enough to get a taste of what's involved. For students who don't have programming backgrounds but do want to become developers, it's a great starting point. And for students like me, who already know php, that part of the course is still extremely helpful in learning to approach and solve problems in the "Drupal way"!

That being said, having a stronger background certainly helped me progress more quickly in my work at Commerce Guys. There are some really hard problems in ecommerce, and it'd be tough to dive into them as a complete novice.