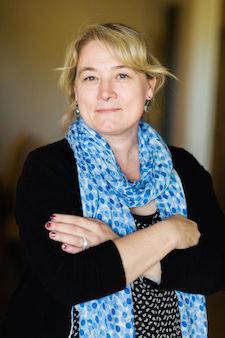 From Nursing to Open Source

It’s difficult to describe the amazing AmyJune Hineline’s impressive three year old Drupal Career without using a slew of adoring adjectives, since she really does embody everything great about Open Source technologies and the communities that support them.

It’s also difficult to concede that, as much as we’d like to take credit for her remarkable commitment, expertise and all of the goodness and light she brings to Drupal; Drupal Career Online (DCO) was indeed just a well leveraged tool that this very smart, insightful woman chose to help her along her path.

This path and her passion has led her to become the Open Source Community Ambassador for Kanopi Studios. She ensures that the Kanopi team maintains an active connection to the communities it serves, which include Drupal and Wordpress. "...This focus enables others to forge deep community connections that benefit the whole. I help communities discover how they can contribute back in more ways than code," she explains.

Kanopi designs, builds, and supports websites for clients that want to make a positive impact on the world: A great fit for the former hospice nurse and mother of two young adults. Part of her responsibilities also include creating dashboards for data visualization and performing accessibility audits, which also feeds her passion in the accessibility realm.

AmyJune helps to organizes events, is on the Drupal Core mentoring team and leads first time contributor workshops at regional and local DrupalCamps, and helps mentor attendees in general contribution spaces. It’s an impressive list of responsibilities, especially when you remember she has been at this for just 3 years.

Her early career route offers no clues as to how she arrived in this auspicious role in Open Source. She began with a college degree she did not use that led her into retail, then a sharp turn into Volkswagen repair. After having children, she rolled into nursing, focusing on hospice, and eventually earned a BS, and later picking up another degree, this one in Human Communication.

As a hospice nurse, she embraced her role as a guide for patients and families transitioning through the phases of terminal illness, but over time the work took a toll. The unexpected onramp to Drupal came after she did a bit of content entry on a Drupal site. She was intrigued, and decided to become a developer. “My colleague and mentor (loopduplicate) knew of DCO from DrupalEasy podcasts and Mike's (ultimike) presence in the Drupal community.” she recalls.

Coming into the DCO without much technical background, AmyJune had a lot more to learn than most students, which she quickly overcame. Mike recalls she took advantage of every possible resource full force. She worked closely with her mentor, was active in the weekly office hours/co-working labs and was truly engaged in every class session.

In addition to the classes and lab, she recounts she spent two to three hours a week, perhaps a bit more toward the end, outside of class to get the most of her education. Within a week after graduating, she was offered a paid internship at Kalamuna which led to her first full time position, and then on to a higher level gig with Hook42.

In her current position with Kanopi Studios, AmyJune also helps to organize camps and conventions throughout North America, with a focus on helping communities be more inclusive, as well as playing a mentoring role at events and beyond. These projects help her realize the gratification she drew from nursing. She explains, “...there is a feel good factor that comes when empowering others to get involved in Open Source projects. I love the smiles and reactions when someone I have mentored get theirs first credit or attribution. It feels good to help others feel good.”

As for her thoughts on Drupal Career Online, AmyJune is a big fan of the active and ever growing DrupalEasy Learning Community. "The continued support and mentorship is unbelievable. I love attending the weekly office hours...I like to hear what the other students are working on. Also I enjoy the camaraderie. (and sometimes the commiseration!)" She adds, "The relationships I have forged through the program have been valuable and essential to my growth as a developer."

"The trajectory of my career has been amazing," she reflects. "I started as an intern in programming, moved to a team's community lead, and now being an Open Source Ambassador for Kanopi allows me the time to be a Mentor and Drupal community lead in the camp organizer space…," she explains. Looking forward, she continues, "I would love to be able to move into a lead mentoring or diplomacy role involving accessibility and inclusion."

AmyJune’s advice to those looking to get into Drupal?

As a developer, AmyJune admires patience and humor in the other developers she works with. "Developers who are patient are good collaborators and mentors, and being able to laugh and joke makes the day-to-day work flow so much easier," she explains.