At the most recent Florida Drupal User's Group meetup, I gave a quick rundown of some of the new stuff that has made it into Drupal 7 core. It was by no means an in-depth look, it was mainly designed to give people a quick update on what they have to look forward to in the next version of Drupal.

Keep in mind that the final version of Drupal 7 will probably look different from these screenshots. There's still a lot of usability working on-going that will eventually make it into core. Kudos to the great work so far by all the core developers, especially Dries and Webchick for their leadership.

I'm sure I've missed some new stuff (I was focusing almost exclusively on changes visible through the UI), let me know in the comments and I'll add the necessary screenshots. Keep in mind that there's a ton of changes that aren't visible through the UI. Most of the real work done to date has been under-the-hood type stuff. You can check out a list of all the most recent changes on the release notes page.

On with the show!

Right off the bat in the installation process you'll see that there's a new option to install Drupal 7 with only the required modules.

The password checker javascript widget has been slightly updated. 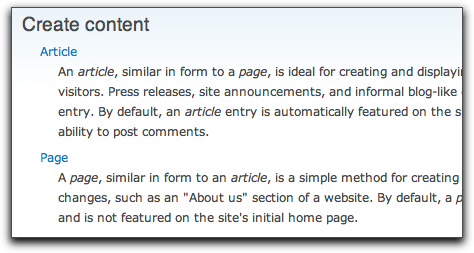 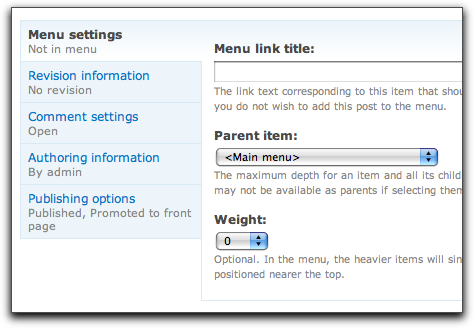 Here's the money shot - vertical tabs instead of fieldsets. Nice.

In a usability improvement, there's some nice default menu items to get n00bs started. 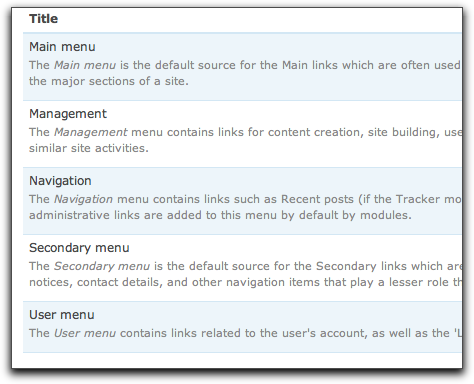 There's a bunch of usability changes on the main menus administration page (admin/build/menus). 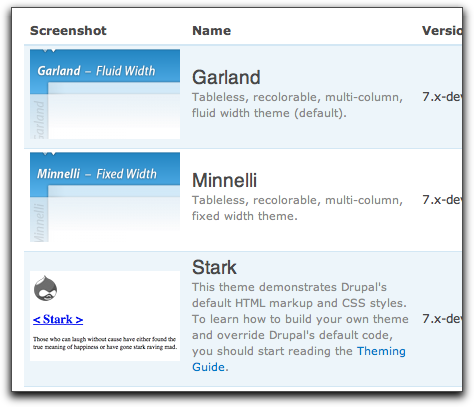 The default themes that ship with Drupal have been pared down to 3, including the new "Stark" theme (which is actually comprised of just an .info file to demonstrate Drupal's default HTML/CSS output). Work is ongoing to bring some new, modern themes to Drupal core.

The "administration theme" selection form has been moved from its own page to the main theme administration page (admin/build/themes).

Garland has a new "highlighted content" region for Drupal messages, errors, and warnings - and anything else you want to put in there. 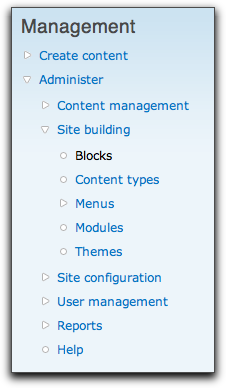 The "Content types" menu item has been moved from "Admin|Content" to "Admin|Site Building".

When creating a new content type, the machine name is automatically created for you in a cool dynamic way - and it give you the option to edit it. Nice.

Most of the ImageAPI module is now in core. 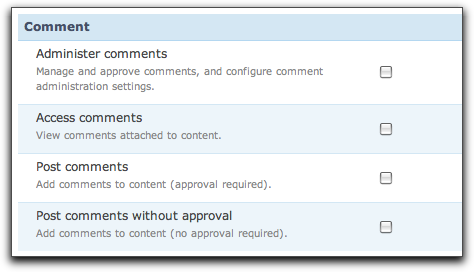 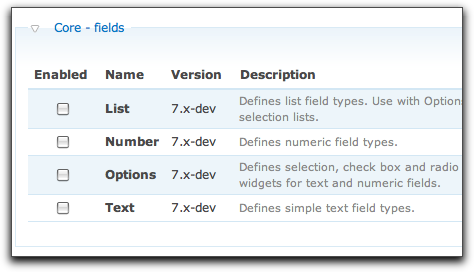 Fields. In. Core. Awesome. Keep in mind that the CCK user interface is not in core so if you want to add fields to content types, you'll still need to download and enable CCK for Drupal 7. Other modules that create their own content types however, can leverage these core fields without the CCK UI. Fieldgroup, Node Reference, and User Reference didn't make it into core and are also (still) part of CCK.

Before this feature was added, the ability to cancel a user account (not just de-activate it) had been the oldest unresolved Drupal core issue.

The ability to clear log messages from the database used to require a contributed module or direct database manipulation. It's now a function on the "Recent log entires" page. 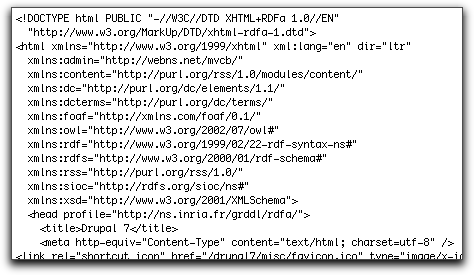 An RDF namespace registry is now in core. More RDF heading into core as well. 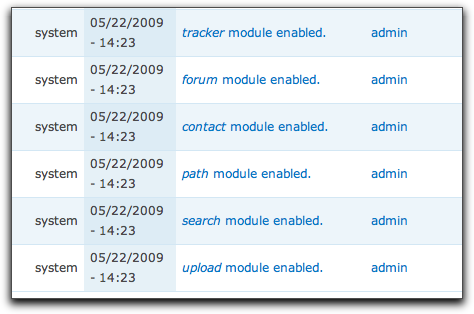 Another nice feature that made its way into core is a log message is now generated whenever a module is enabled or disabled. Now you'll know who to blame.

Simpletest is now in core.

There's a bunch of additional visible changes as well, including drag-and-drop in a lot of new places. Check out the latest dev version, grab a random bug or patch, and get involved in the process!

Thanks for the presentation

Thanks for the presentation at the User Group, Mike - was interesting to see what we've got in store next year... wonder how long it'll take for enough major modules to make the upgrade to make v7 the default choice.

Looks like they're putting enough into core to create a complete basic website, which is going to make Drupal more accessible - I know the first time I saw core I had no idea about installing modules and figured the whole project was a bit useless. How little I once knew! :)