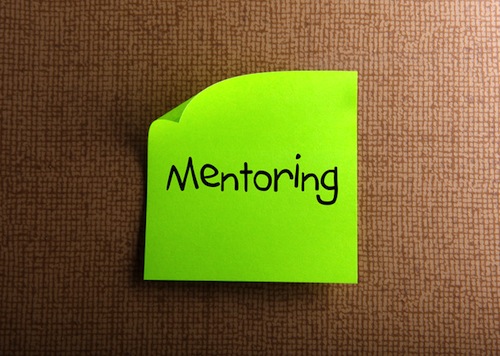 The Drupal community has a problem, or perhaps it's better to say a perception problem. We tend to look at contributions to Drupal through code-tainted glasses.

This isn't really all that surprising, seeing how we are an open-source software project. We'd be nothing without the plethora of talented developers who, over the past 12 years, have helped make Drupal one of the top content management systems available today. It's also fair to say that two other types of contributions are well-known: documentation and community organizing. Both play a vital role in the health of our project. Without strong documentation it would be (even more) difficult climb the Drupal learning curve, and without community organizers, I doubt anyone would argue that our growth wouldn't be nearly as fast.

But there is another huge contribution that needs to come into view. It's one that I'd argue is equally as important as code, documentation, and community organization if the project is to grow and develop; and that is mentoring. A lack of guidance among newbies is creating longer paths to proficiency, and we are destined to keep struggling with seasoned-talent shortage if we, at least some of us, don't shift our priorities a bit. We've got plenty of awesome code, but it's no small issue that our supply of developers, at the level we are all looking to hire, is becoming a handicap to the development of Drupal.

We feel it is so key to Drupal's future, that we've made it an integral part of our 10-week Drupal Career Starter Program.

tl;dr version: we're looking for mentors, you should apply.

Here is the challenge for the unguided eager new Drupaler. Everything about Drupal is big. The code base for Drupal 8 is spread across over 6,500 files. There are almost 7,000 contrib modules and almost 500 contrib themes for Drupal 7. There's more than 900,000 users and almost 14,000 of pages of documentation (thanks Lee Hunter for the stats) on Drupal.org. Don't forget about the countless number of articles, blog posts, and screencasts scattered in every corner of the web as well. Anyone who has enough free time to cull through and learn a decent amount of useful information on their own must be the world's fastest reader.

Ask yourself, as a seasoned Drupal developer, when you need/want/are-ordered to learn a new Drupal topic, what do you do? If you're like most of us, your first stop is to ask someone in your personal Drupal network whom you think will have the answer most readily available. Whether it is the person sitting in the cube next to you, or a colleague on Skype, or someone on the other side of the planet you communicate with via IRC or email, most of us have a network of people we ask for help. There's another name for these people in our lives: mentors.

I know that I'm the only one who knows the value of mentors in the community. In fact, you can even list your mentors on your Drupal.org user profile (go to your user profile and click to edit your "Drupal" sub-tab - go ahead, I'll wait - your mentors will appreciate it...) There's even a page that you can go to and view any Drupal.org user's mentees (here's webchick's, for example. But mentoring should be more of a norm, rather than a novelty.

For the third year in a row, here at DrupalEasy we're running the Drupal Career Starter Program (DCSP). For 10 weeks, up to 20 students will be immersed in Drupal. They'll be attending classes, lab hours, learning the tools the community uses to communicate, participating in community events, and learning to navigate the universe of Drupal. Clearly, we can't teach the students everything they'll need to know to ultimately be successful, but we're going to use every tool at our disposal to get them as far along as possible. One of those resources is you: the community. As we did last year, we're looking to match each of our students up with a motivated mentor to help them along they way.

What does it take to be a mentor? An impressive Drupal resume? A minimum number of code commits? A 5-digit Drupal.org user ID? No, nope, and no way. Our only requirements are that you're a passionate Drupal user who is willing to commit 2-3 hours a week to a consistent communication schedule. It doesn't matter where you are on the Drupal learning curve - in fact, we've often seen that mentors that are only a small distance ahead of the mentee in their Drupal career path can be amazingly effective. Who better to explain entity reference fields than someone who recently learned it themselves and remembers all the pain points and what made it "click" for them?

Our students are newbies. Many of them recently learned how to [pronouce "Drupal" correctly. The first half of the DCSP focuses on Drupal core and associated modules. You can expect that students will have lots of questions about core concepts and best practices. As students progress, they'll be encouraged to improve documentation pages on Drupal.org, start venturing into issue queues, and attempt to help someone else in #drupal-support. As a mentor, you'll be their guide. In the second half of the program, we'll be encourging students interested in coding to start testing and reviewing patches, themers in creating custom themes, and everyone else to help out a module or theme maintainer in an issue queue.

If you've been looking for a meaningful way to get involved in the Drupal community, this is it.

DCSP 2013 classes start Tuesday, August 6. Apply to be one of our mentors today.

[...] you'd like a preview of the keynote, you can check out my recent blog post or tune in to the next episode of the podcast (to be recorded on August 5) where Kay VanValkenberg [...]

[...] the community contribution that doesn’t focus on code, and the one that everyone can do.  (Here’s a nice preview of the keynote.) As long as you can teach something effectively, and have someone to teach, you can be a [...]

[...] can read more on Mike’s views on mentorship on the DrupalEasy blog, and stay tuned for an interview with Mike on INALJ this fall! Share [...]