Back in March, 2022, the DDEV team announced support for Colima, an open-source Docker Desktop replacement for Mac OS X. Based on the fact that Colima is open-source, Docker Desktop's new license terms, and the apparent performance gains of using Colima it seems like a no-brainer to give it a spin.

First off, it's almost a drop-in replacement for Docker Desktop. I say almost for one reason, as any existing DDEV projects will need to have their databases reimported. In other words, if you have an existing project up-and-running in DDEV, then add Colima, then restart the project, your database won't be found. The easy fix is to first export your database, then start Colima, then import it. Easy.

The reason for this (as I understand it) is because Colima uses the open-source Lima project for managing its containers and volumes (the latter being where DDEV project databases are stored). 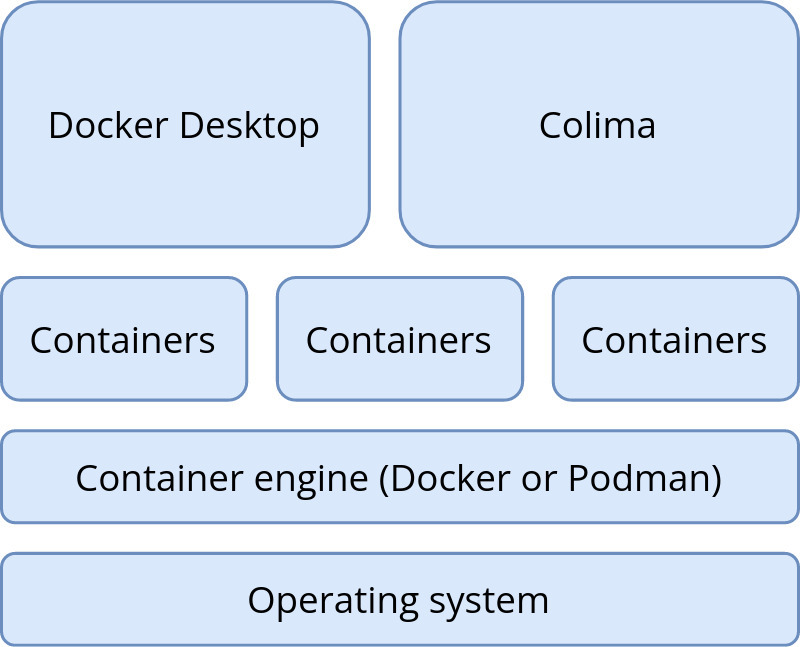 If you choose to keep using both Colima and Docker Desktop then when issuing docker commands from the command line, you'll need to first specify which containers we want to work with - Docker or Colima. More on this in the next section.

How I use Colima

I currently have some local projects using Docker and some using Colima. Once I understood the basics, it's not too difficult to switch between.

Technically, starting and stopping Colima isn't necessary, but the ddev poweroff command when switching between the two contexts is.

Also - recent versions of Colima revert the Docker context back to "default" when Colima is stopped, so the docker context use default command is no longer necessary. Regardless, I use docker context show to verify that either the "default" (Docker Desktop for Mac) or "colima" context is in use. Basically, the "context" refers to which Docker provider the Docker client will route commands to.

Overall, I'm liking what I see so far. I haven't run into any issues, and Colima-based sites seem a bit snappier (especially when DDEV's Mutagen functionality is enabled). I definitely foresee myself migrating project sites to Colima over the next few weeks.